If you’re selling to enterprises, at some point, you’ll need to get executive buy-in to move forward.

To be successful, you need a unique approach.

The presentations and discussions you had with influencers won’t have the same effective on senior decision makers.

They want one or two specific questions answered and, when the time is right, they want the answers quickly.

In this episode of The B2B Rebellion, Amy Quick shares 3 simple tips that will help you connect and close more conversations with the C-Suite. 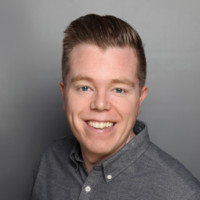 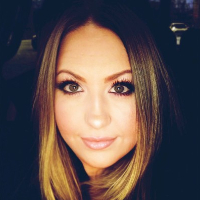 Andy Culligan: So, hi guys, welcome back again to another Leadfeeder video, really happy to have with me here today, Amy Quick, she's now a territory account manager Fortinet. I needed to have a quick look at my notes here because Amy is literally just after jumping positions, so that's why if you excuse me, I'll just look into the side there. She's also the co-founder of 5 on Friday.

Amy, put out a social post there last week after I spoke with her on a webinar about me calling her social influencer, which I believe she is, but she was blushing a little bit around that although she's very modest. I also see Amy as a great social influencer on LinkedIn, and I'm really excited to hear what her sales tips are gonna be for people out there at the moment, but Amy, do you wanna give us a little bit of background on yourself, what you do, what makes you tick, tell us a little bit about 5 on Friday and also about your new role.

Amy Quick: Yeah, yeah, well, thank you, appreciate you making me blush again this early in the morning.

AQ: I won't throw you under the bus for that Andy, I promise. But yeah, so I have had a very eclectic background in sales. I started in the customer service world and then transitioned over to sales, so my career was probably six years in customer service before I ever hit a sales floor, hit a sales zone, so, and I've done a little bit of everything. I mean I've done showroom sales or B2C, and I've also done inside sales, SDR stuff, I've worked strategic accounts kind of as a CRM type of role I mean CSM type of role, and I've also done executive level sales.

So I've kinda run the full gamut of different sales roles that you could hold and positions and I've sold in a multitude of different industry verticals. So, I feel like I've seen a lot and I've grown a lot in 15 years of doing this and if I could help someone else a little bit with strategizing or maybe tweaking something they're doing, I'd love to be able to do that.

AC: In terms of what you would give as some top tips or key takeaways for people to go ahead and start doing immediately, for any young budding sales person at the moment who's looking forward to gain more experience or looking to do the right things, what would be the things that you would say they should focus on right now?

AQ: I think clarifying your message is gonna be a big, big one. There seems to be a lot of chatter about that, and I'm specifically talking in the realm of how to clarify your message and what you're saying to executives, 'cause ultimately, if you're selling at anything that is Fortune 500 and above, or even some of these mid-market companies, you're gonna eventually have to get an executive's approval to move your project forward.

And that could be in one-on-one, it could be you actually pitching to that executive and selling your business plan to them, or it could be the ammunition that you've given the employees of the organization to run it up the chain internally. So you may not even ever get a chance to talk to that executive.

I think that one of the things that, seems to struck a cord in some of my conversations with people is that they don't have enough experience or understanding of how to sell that deep in the deal cycle or how to sell to that executive, especially if you're like an SDR that's moving into an account manager, account executive role, where now all of a sudden you're forced to handle full deals instead of just kicking them off.

And that, is totally different. So the prospecting aspect of what we do can be done in many different ways and you can use all sorts of different tactics to get on a decision maker's radar, but when it comes to selling at the executive level and those people that are actually gonna be writing the cheques and sending you the invoice or sending you those POs, they're a little different.

Their schedules, they probably have 50 emails from vendors in their inbox that this stuff is just getting funneled through to them, and they've also got the challenge of internal time, so their internal teams are trying to take the time away for different initiatives that are in-house initiatives, like, "Hey, we need to clean up our standard operating procedure manual, or we have this initiative that we need your thoughts on" and so think about that, and the fact that, one of the things that's helped me in selling at the executive level is to picture their calendar, and to picture that they have about a five-minute chunks of time somewhere, and that's probably it.

Their calendar is probably jammed from the minute they sign in in the morning, probably into the evening, and that's gonna be more so the case now with some of these organizations that have had to lay off people, now they've got teams that are struggling to do more with less and those executives and decision-makers are gonna be absolutely slumped.

But with that being said, all will block off time for projects, like, "I need to focus on this thing for 30 minutes today", and I know from just past history that if they're gonna carve off time to talk to someone, it's gonna come out of those little chunks of internal time that they have scheduled for themselves personally. So if you look at it from that context and you realize that that's the time you're asking them for, you have to say to yourself, "What do I need to say or do that's gonna bring the most value and not piss them off in the process because I'm taking away this snippet of time that they have?"

So Lisa had a sales rep come in and he pitched and had done no research, he was very, very ill-prepared, he wasn't bringing any sort of value forward right at the front, and she was so frustrated by it that after seven minutes she kicked him out of her office, and I thought, "Gosh, seven minutes!" Let's think that we can get a 30 minutes or an hour, but you mean seven minutes and that guy was done.

And I think that when we're looking at selling and this applies not just to executives, but also to directors and people that are lower down on the totem pole, you have to get to the point, they don't want all the fluff, they don't want all the feature-pushing and selling and a lot of them don't even care what logos you're associated with, so I think that's a big thing that we do a lot to do fluff our feathers a little bit, is to say, "Oh well, these are our customers."

And I will say that I've had to learn how to sell without leaning on crutches like that because at IntelliMagic we couldn't disclose our customers, we had very strong NDAs built with them, and I couldn't call someone up and say, "Oh, so and so and so and so is our customer."

So when you're selling to an executive or any sort of director or above, you really have to get to the point and that means going straight at, "Okay, I already know that they have a cost optimization initiative or they're in cost-cutting mode", or I've kind of learned what pains as an organization they have from having conversations with some of the technical team and some of the decision makers or my champions that I've been working with. I'll call 20 people in the organization, whether or not they're relevant to that particular role, but I can carve off and tell from all of these little conversations I have and get myself prepared so that when I'm in front of that executive, I can tell them stuff they don't even know about their business.

AC: Perfect. Well, Amy, look, I think we'll finish up on that. So thank you so much for coming on today. It's been a great pleasure to speak with you again. I look forward to speaking with you again in the future.

AQ: Yeah, likewise, it's good being here and if I rambled, it's your fault that you scheduled me for... Take that for what it's worth.

AC: It was perfect. Thank you so much.